OFFSHORING, ONSHORING AND THE REBIRTH OF AMERICAN MANUFACTURING 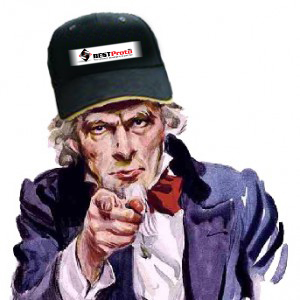 It is well-known that US manufacturers have spent the past 30 years off-shoring production in pursuit of low-cost labor and economies of scale. This trend has had significant ramifications for the landscape of the US economy, in which manufacturing as a share of total employment has fallen by more than 40% since its peak in 1979. Off-shoring, however, is no longer the default choice for US manufacturers. Issues with logistics, culture clashes, intellectual property, and quality control have made on-shoring or re-shoring more attractive.

Companies participating in this counter-trend note a range of advantages associated with producing on-shore, from better quality control, improved responsiveness to product changes, more logistical flexibility and lower shipping costs, to simply operating in the same (or a similar) timezone. Small businesses in particular see an advantage in domestic manufacturing, which frees them from the challenges of financing the required bulk orders from Chinese manufacturers. Larger businesses have found savings by eliminating the need to send employees to China and India to oversee production processes.

A series of reports released by Boston Consulting Group has found that rising US competitiveness, next to rising costs in China, will result in 10 to 30 percent of US imports from China being moved to the US in the seven tipping-point sectors: transportation goods, appliances and electrical equipment, furniture, plastic and rubber products, machinery, fabricated metal products, and computers and electronics. Along with this prediction, BCG anticipates the return of manufacturing work to the US, along with increased exports, will create 2 to 3 million jobs, both directly from added factory work, and indirectly via supporting services. BCG also found that increased US per worker productivity means the average US worker is 35 percent cheaper then the average Western European worker, up from 12 percent a decade ago. They expect this gap will continue to widen.

The Massachusetts Institute of Technology (MIT) recently released the results of a survey as part of their Forum for Supply Chain Innovation. The survey found that 14% of 108 respondents were definitely planning to move some of their manufacturing back home, and 33% were considering re-shoring. Google, GE, Caterpillar, and Ford are examples of large companies that have announced plans to move some of their production to the US. Although this is generally positive news for the US economy, continued high unemployment indicates this trend has yet to make significant inroads.