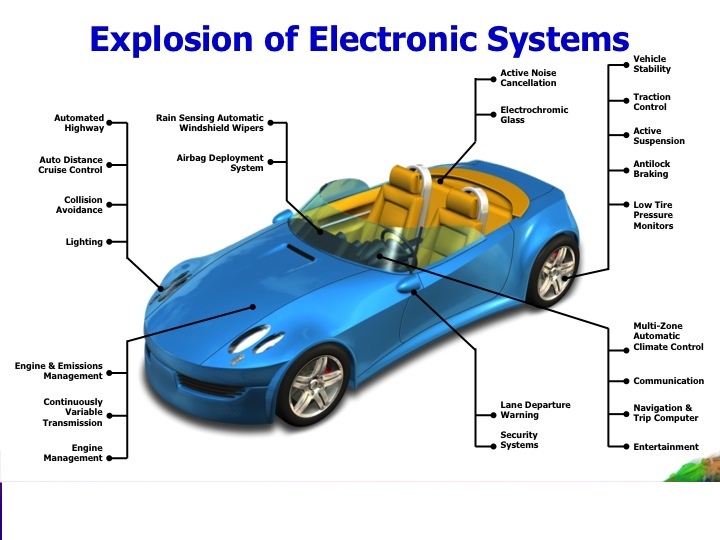 The global market for automotive electronics is set to rise to $240 billion by the year 2020, up more than 50% from $157 million in 2010, driven to new levels of prominence by government and automaker safety initiatives, according to a new report entitled, “The World Market for Automotive OEM Electronic Systems.”

A bevy of electronics-based options are driving new car decisions, according to the report. World production of automotive electronics will grow 8.4% this year, up from a 6.8% gain in 2013, says Henderson Ventures in its monthly report.

“Car makers have hit the technological accelerator,” writes Ed Henderson, president of Henderson Ventures. The research firm predicts the market will expand 7.7% and 7.5%, respectively, in 2015 and 2016, when the market will exceed $200 billion.

The sophistication of electronics-based additions has been kicked up a gear with high-tech apps such as adaptive cruise control, collision mitigating systems and automated parking, among others,” Henderson said. “Despite the fact that many of the features are used only occasionally, manufacturers have found that the technological smorgasbord available to potential customers helps to move cars and accelerate profitability. 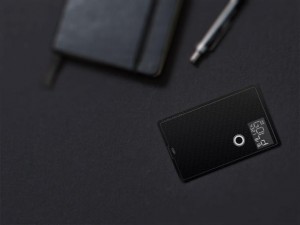 In a compact San Francisco office suite equipped with soldering stations and swipe-testing machines, Coin’s team of seven has been working furiously to perfect the final prototype of an unlimited credit card. No, not one that will let you charge with abandon. Rather, a device as slim as a standard piece of payment plastic that can hold countless credit, debit, and gift cards in its dynamic magnetic stripe.

Kanishk Parashar, the CEO and founder of the Y Combinator-backed startup, embodies the effort-worn entrepreneur. “I got to work out today,” he said, eyeing the limited set of weights in the waterfront suite’s back room, a combination of a hangout and meeting room space adorned with a gigantic television and a beat-up original NES.

It was why he admitted to feeling a bit winded. Running a hardware startup means he doesn’t get much time for anything else. Yet he’s more animated as he glances over to a table lined with what look like flattened Raspberry Pi’s grafted to multicolored business cards.

“I built prototypes like this by hand,” Parashar said, holding out Coin’s first iteration. “It actually works. I was able to pay with this at restaurants.”