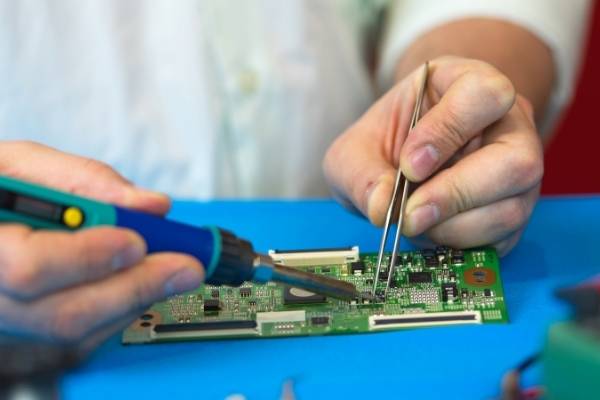 Common Problems With Your PCB Assembly

Most electronic devices feature some type of printed circuit board assembly, also known as a PCB. Some folks and industries refer to them as PWB (Printed Wiring Boards) CCA s (Circuit Card Assemblies) What is common on all these is, the components are what give electronics their abilities. PCB Assemblies can be vulnerable to problems and damage. When you have a PCB Assembly that is not working, it can be hard to troubleshoot the cause of the problem.

There are multiple reasons that PCB Assemblies fail or stop working. Sometimes, they need to be rebuilt or remanufactured, but some shops offer PCB repair services.

Issues Due to Physical Damage

It still takes a certain amount of expertise to take apart the device and measure the damage to the PCB. Instead of attempting to fix it yourself, your best bet would be to receive assistance from a shop that offers PCB repair like BESTProto.

Issues Due to Component Failure

Sometimes PCBs are made with faulty components or components fail over time. The components are the small, intricately connected parts of the printed circuit board that allow it to work and send signals throughout the device.

Overheating or aging are the most common causes of component failure if a device has slowly become faulty. Individual components can rarely be repaired. In order to save the PCB, you would need to replace the component (or components) entirely.

There are several different reasons that a PCB might suddenly stop working. Sometimes there’s a power failure, where the PCB stops transmitting power either due to physical damage or component failure. Other times, it could be due to a faulty design of the PCB board or device itself.

It can be hard to diagnose PCB problems if you’re not a professional. PCBs are small and so intricately designed that if you take them apart yourself, you might damage the PCB in the process. Next time you need PCB repairs, contact PCB professionals like BESTProto.