What You Need to Know About Circuit Card Assembly

What You Need to Know About Circuit Card Assembly 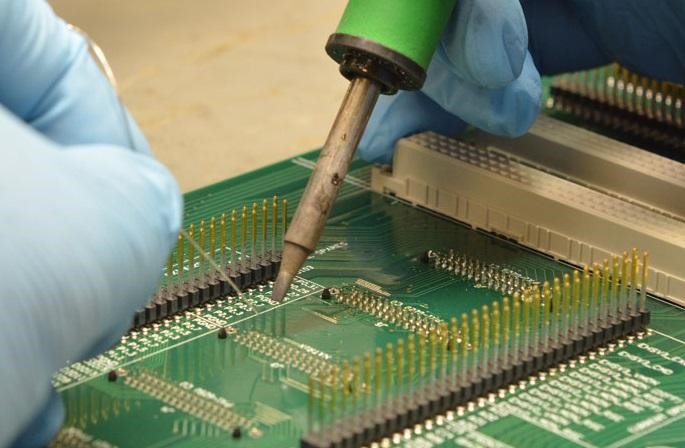 For entrepreneurs, start-ups, and specialized businesses that focus on developing, designing, and launching new technological products, the suppliers of the parts for their prototypes are key partners in their success. Circuit cards, also known as printed circuit boards (PCBs), connect and support the components used in electronic products in all industries.

Printed circuit boards, which were developed and refined in the early half of the 20th century, provide a cost-effective means of housing electronic components, and they can be mass produced by automated machines. This is in contrast to traditional soldered circuit boards, which required hands-on assembly. Traditional boards were also subject to breaking easily under any stress due to the soldered parts, glass vacuums, and sometimes bulky components. Creating viable prototypes of new electronic products requires reliable PCBs that can be designed, printed, and altered quickly and efficiently.

What Is Involved in the Assembly Process?

The circuit card assembly process to build PCBs involves several steps. First, the design and layout of the circuit card must be done using specialized CAD software or schematic capture tools. Once the PCB layout has been designed to meet the schematic requirements for maximum efficiency, the PCB is printed by etching copper that has been laminated to two sides of a non-conductive material. This material serves as the substrate of the PCB.

After the PCB is etched or printed, the assembly process that best meets the needs of the project is chosen. Different assembly processes for PCBs include both automated and manually operated equipment. The process may include SMT assembly, through-hole assembly, leadless device assembly, or ball grid array.

Within each different assembly method, the electronic components required for the circuit card assembly are soldered into place. This is typically done through an automated process such as wave soldering. In some cases, hand operators do the job of soldering.

Companies such as BESTProto offer services that cover all stages of the assembly process. From the design, layout, and etching/printing of the PCB to the placement and soldering of components, these companies follow an efficient and quick process that can produce early prototype PCBs within a few business days. All PCBs are created using innovative processes, advanced automated equipment, and highly skilled operators.

These companies provide both prototype PCBs for early product testing and high-volume PCB assembly for finalized product designs in the telecommunications, industrial, medical, and military industries. With the right PCB assembly services, companies across all industries can meet their business goals.